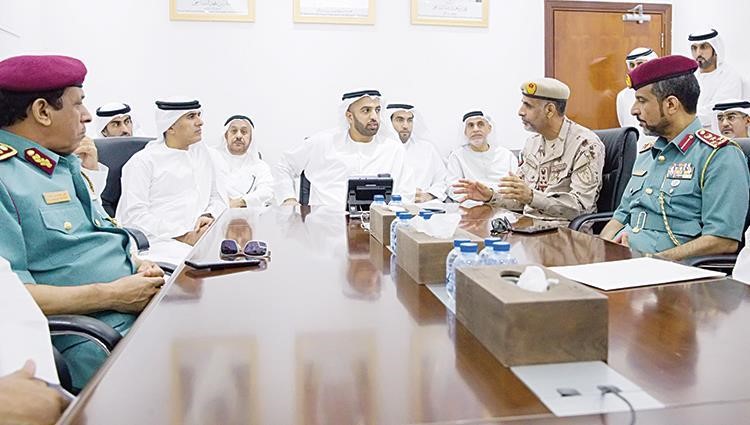 During the meeting, His Highness was briefed on the program and the preparations for “Union Fortress 6”, which will be hosted by Ras al Khaimah and organized by the UAE Armed Forces. His Highness was also given a full explanation regarding the program, segments, and tasks assigned to the competent authorities, as well as their plans of action and preparations for this major event.

His Highness welcomed hosting the military show in Ras Al Khaimah, to highlight the robust combat capabilities of the armed forces to protect the UAE and its people. His Highness emphasized the keenness of His Highness Saud bin Saqr Al Qasimi, UAE Supreme Council Member and Ruler of Ras Al Khaimah, to support the success of “Union Fortress 6”, in an effort to recognize the strategic role played by the UAE Armed Forces in promoting security and stability in the UAE and the region. The Crown Prince also instructed all government entities in the emirate to employ all available resources to ensure the success of the 6th edition of this highly anticipated military show.

On the other hand, the Organizing Committee of “Union Fortress 6” held another meeting in the Ruler's Court, in the presence of directors of local and federal departments in Ras Al Khaimah. The attendees discussed the action plan and overall preparations, as well as the tasks and roles assigned to each party to organize a successful event.