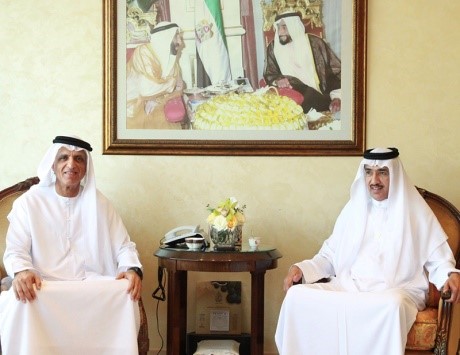 This came at a meeting with Ahmed Juma Al Zaabi, Minister of the Federal Supreme Council at the Ministry of Presidential Affairs, at His Highness’s palace in Saqr Bin Mohammed City.

“Under the leadership of President His Highness Sheikh Khalifa Bin Zayed Al Nahyan, the UAE has
fulfilled the ambitions of its citizens and is continuing to bolster its stature at the international level,” Sheikh Saud said during the meeting.

“As the 47th anniversary of the establishment of the Union approaches, we renew our allegiance to the nation and its leadership and will continue to spare no effort to place the wellbeing of our citizens on top of our priorities,” His Highness added.