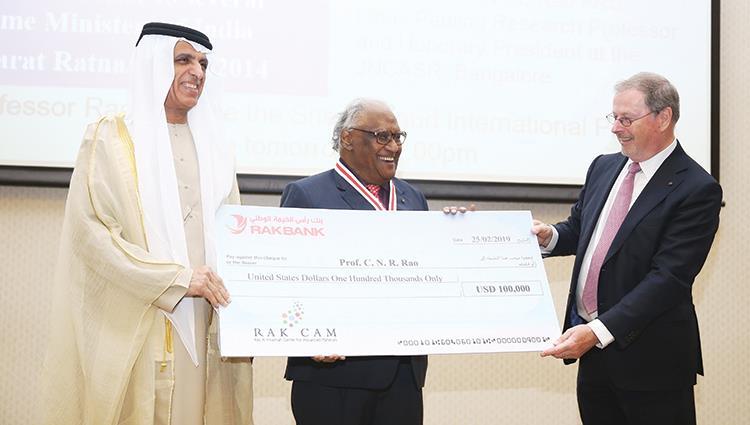 His Highness stressed that the UAE, under the visionary leadership of his Highness Sheikh Khalifa bin Zayed Al Nahyan, President of the United Arab Emirates; His Highness Sheikh Mohammed bin Rashid Al Maktoum, UAE Vice President, Prime Minister and Ruler of Dubai; and his Highness Sheikh Mohammad bin Zayed Al Nahyan, Crown Prince of Abu Dhabi and Deputy Supreme Commander of the UAE's Armed Forces, has devoted its attention and sponsorship to the efforts of scientific research, and encouraged its citizens to embrace research, creativity, and innovation to reinforce its efforts in the field of sustainable development.

His Highness added: “We are delighted with this great international meeting that is part of our agenda in Ras Al Khaimah through which we seek to enhance the role of the Emirate as a hub for leading scientists from all over the world, host the most prominent international events and activities in the fields of science and knowledge, and strengthen our efforts in encouraging researchers globally to provide the latest scientific researches so that we can contribute to their advancement and development through discussions with young researchers in accordance with best practices”.

“Professor Rao’s research is a great contribution to RAK CAM, and I am very pleased that this prominent scientist was the first to receive this prize”, said his Highness