Ras Al Khaimah is the capital of Gulf tourism November 19,2020 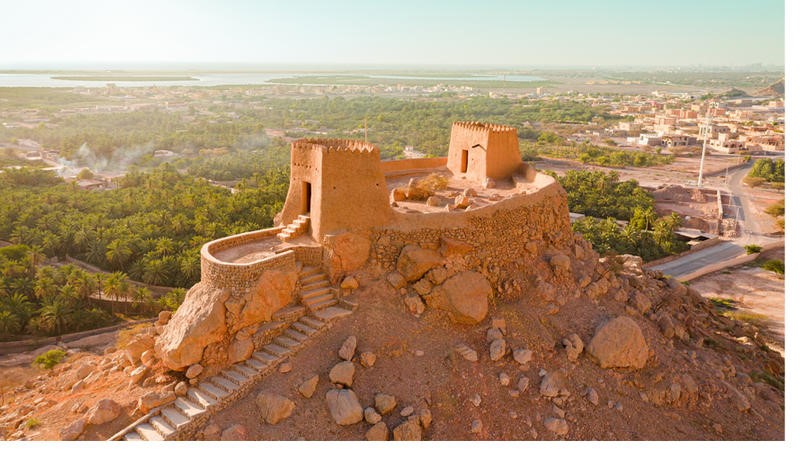 The Emirate of Ras Al Khaimah was selected as Gulf Tourism Capital for 2021 during the fifth meeting of Tourism Ministers of GCC Countries. Ras Al Khaimah was praised for its identity as a sustainable destination of tourism, and was awarded the title for the second successive year during the virtual meeting held to discuss the ways of cooperation between the Arab Gulf Countries in tourism sector.
Ras Al Khaimah is deemed to be one of the most variable emirates in the Arab Gulf region, thanks to its world-class tourist experiences and attractions. As a result, Ras Al Khaimah managed to strengthen its position on the global tourism map as one of the fastest growing destinations in the region. Selecting Ras Al Khaimah as the capital of Gulf tourism for 2021 confirms its rapid and effective efforts to overcome Covid-19 crisis, which enabled it to obtain the international accreditation as a safe tourist destination for domestic tourism. Ras Al Khaimah was the first destination in the world to obtain a compliance label from "Bureau Veritas" and a "Safe Travel" seal from the World Travel and Tourism Council. Ras Al Khaimah Tourism Development Authority always is keen to enhance its position as a safe destination for visitors by providing free PCR tests of Covid-19 to the international visitors residing in the Emirate until the end of the current year.
Ras Al Khaimah has made several important achievements during recovery stage as a number of unique tourism projects in the region have been announced, such as the Bear Grylls camp for explorers, the first of its kind in the world, this camp will provide accommodation within the camp, in addition to «1484 by Puro » Restaurant which is considered the highest Restaurant in the United Arab Emirates. The United Nations Educational, Scientific and Cultural Organization (UNESCO) has recently announced that four archaeological sites in Ras Al Khaimah shall be included in the preliminary list of World Heritage sites. These sites are as follows: Julfar, the trading town, Al Jazirah Al Hamra, Shaml and the Cultural Landscape of Dhayah. This achievement will push forward the process of recovery of tourism and hospitality sectors in the Emirate.
Raki Phillips, the CEO of Ras Al Khaimah Tourism Development Authority, said: “We are pleased with selecting Ras Al Khaimah as the capital of Gulf tourism for the second year by the tourism ministers of GCC countries, especially during this year that witnessed unprecedented challenges. This selection confirms the flexibility that tourism sector in Ras Al Khaimah is characterized by, as well as our focus on the continuous innovation to attract visitors again to the Emirate.
This Declaration comes after the remarkable growth recorded by the Emirate in the revenues of the available rooms and the average daily occupancy during July and August of the current year. By so doing, Ras Al Khaimah was the only tourist destination in the region that achieved such results. The results of a survey conducted by Ernst & Young regarding hotel sector in the Middle East revealed that the Emirate of Ras Al Khaimah witnessed an increase of more than 70% in the daily occupancy rate during July 2020 compared to July 2019, which resulted in a growth of 13% in the revenues of the available rooms. In August 2020, the remarkable increase in the daily occupancy rate by more than 60% when compared to August 2019 resulted in a growth in the available rooms revenue by more than 15%, mainly due to the enhanced safety and cleanliness measures, in addition to the holiday promotions campaign allocated to short holidays that contributed to providing 15,000 hotel reservations during the first 12 weeks of launching the campaign.