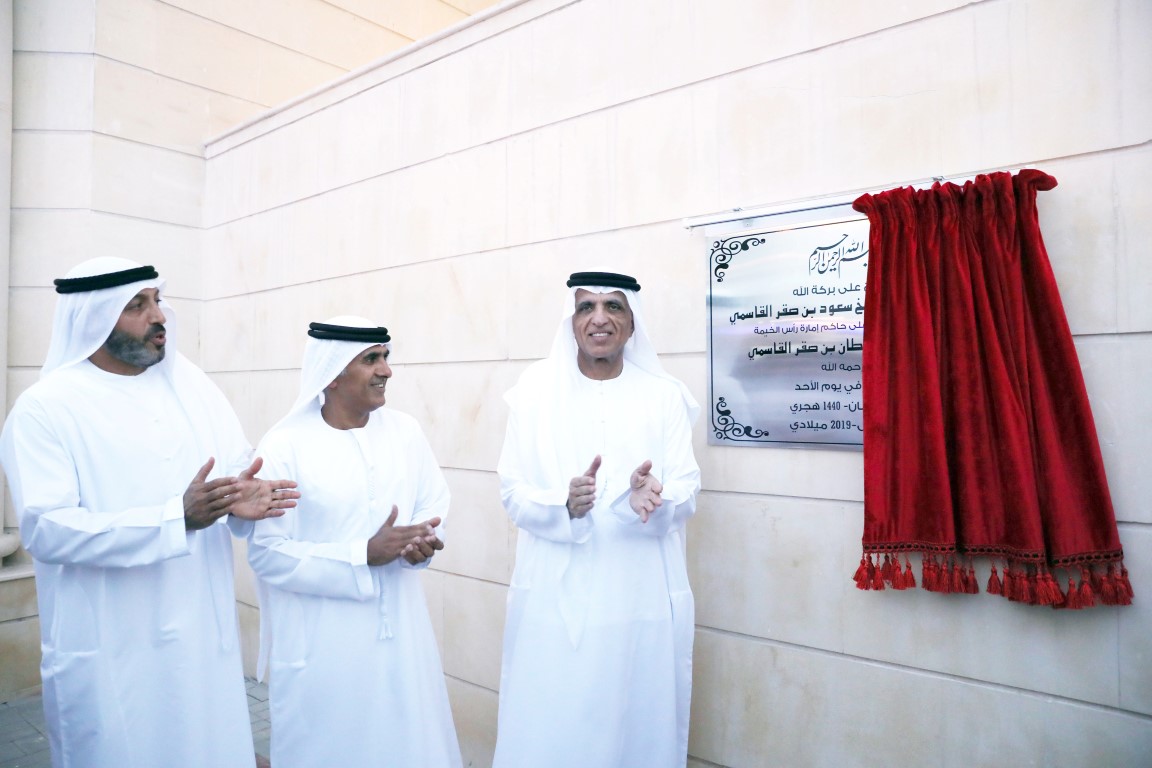 “Building mosques is a duty to all of us, for they are places of guidance, worship and knowledge across the Islamic society. Mosques help raising a generation aware of their religion and their duty towards their country and their society,” H.H. Ruler of Ras Al Khaimah said.
Unveiling the commemorative plaque at the opening ceremony, H.H. the Ruler of Ras Al Khaimah inaugurated an architectural masterpiece with its seven domes, reflecting the Ottoman art and designs. Situated at the Heart of Ras Al Khaimah, the new mosque is located at the vibrant Nakheel area, the trade center of the Emirate.

the mosque, which was built under the supervision of the General Authority of Islamic Affairs and Endowments, accommodates 3,200 worshipers and comprises services facilities and a dedicated female prayer room for up to 380 women, in addition to wash rooms, Wudu (ablution) areas and accommodations for the Imam and the Muezzin.