RAK the Fastest growing Tourist Destination in the World April 17,2019 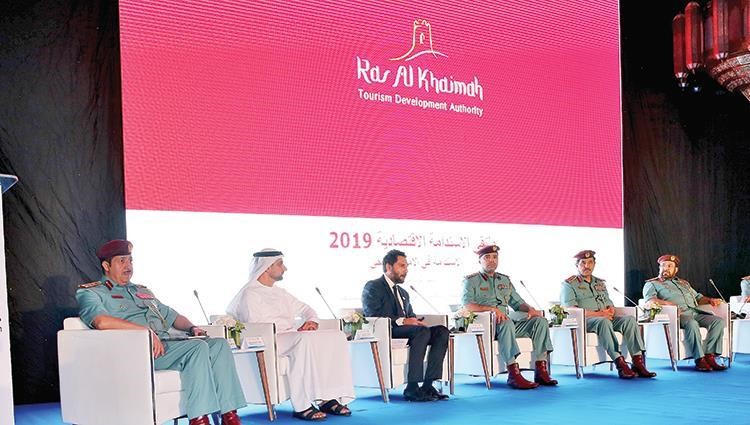 He added: “Believing in sustainability as a major driver for development, we have adopted all necessary strategies and procedures across our main police operations and services, including tourism security, thus the creation of a tourist police unit in order to keep abreast of the tourism boom in the Emirate and protect and serve tourists around the clock.”
In a discussion session moderated by Colonel Dr. Nasser Mohammed Al Bakr, Director of the RAK Police Training Institute, Haitham Mattar, CEO of Ras Al Khaimah Tourism Development Authority, explained the role of Ras Al Khaimah police in supporting the tourism industry in the Emirate, while providing safety and security across tourist destinations according to the highest standards.

He pointed out that, by the end of last year, the number of tourists in Ras Al Khaimah has exceeded one million tourists from different countries, with a growth rate of 9.9%, making the Emirate the fastest growing tourist destinations in the world. “The Authority is currently focusing its efforts on investing in adventure tourism, which is of great interest to tourists, in addition to achieving the objectives of attracting three million tourists to Ras Al Khaimah in 2025, which requires the provision of 20 thousand hotel rooms being built at the present time,” he said.

He also highlighted new attractions across the Emirate, including the construction of new skating rinks for children aged 5 years and above, the establishment of the luxurious camp which includes several hotel villas in Jebel Jais, the launch of an Academy for survival skills and other projects.