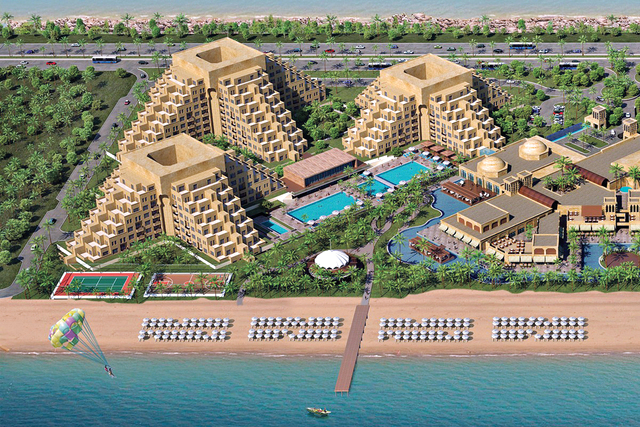 Ras Al Khaimah recorded a hotel occupancy rate of 74% last year. The hotel industry benefited from the overall growth in RAK tourism, with 1.12 million tourists, most of which come from outside the UAE, according to Raki Phillips, CEO of the Ras Al Khaimah Tourism Development Authority.
In a press conference held on the occasion of inaugurating the Jais Adventure Peak, Phillips noted that RAK plans to attract 1.2 tourists by the end of this year, as part of a tourism development plan that runs until 2025.
He added: “RAK witnessed a 5% increase in tourists compared to 2018. RAK hotels hosted 1.12 million tourists from around the world, with 61% international tourists and 39% internal tourists.
As part of a 7-year plan, RAK aims to attract 1.2 million tourists this year, 1.5 million tourists by 2021 and 3 million tourists by 2025.
Tourism development projects fall in line with RAK ambitions for this industry. The emirate is planning to add 6,000 new hotel rooms over the next five years, by attracting top international hotel brands, such as Radisson Al Marjan, which will open this year and add around 1,000 rooms,
In addition to Hampton and InterContinental Mina Al Arab.”
Phillips added: “Ras Al Khaimah enjoys an excellent location, which offers great tourist products that combines nature and heritage.”