RAK Chamber of Commerce of Industry 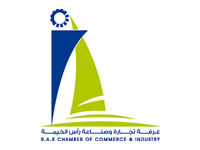 RAK Chamber of Commerce & Industry is one of the oldest Chambers of Commerce in the country. It is also the second Chamber of Commerce established in the UAE when the late Sheikh Saqr Bin Mohammed Al Qasimi issued his Royal Decree for the establishment of this Chamber on 22 October 1967 to be a cornerstone for ideal regulation of commercial issues in the Emirate. By that time, the Chamber's Board of Directors was presided over by Sheikh Abdul Malik Bin Gayed Al Qasimi, and the Vice-Chairman post was occupied by H.E Ali Abdullah Musbeh Al-Nuaimi.

Undoubtedly, the attention given to trade and businessmen in Ras Al-Khaimah was not new since this attention was given at the beginning of the fifteenth century according to the Gregorian calendar. By that time, Ras Al-Khaimah was called the «Julphar Land» when it was a leading place in the field of trade, particularly, in the marine trade where the ships of Ras Al-Khaimah made their way through the Arabian Gulf water to reach the coasts of India and China borders from the eastside, and extended westward to the eastern coasts of the African continent.

Within the framework of the economic development witnessed in the country in general, and in the Emirate of Ras Al-Khaimah in particular, and thanks to the directives of H.H. Sheikh Saud Bin Saqr Al Qasimi, Member of the Supreme Council & Ruler of Ras Al-Khaimah, the Chamber of Commerce in the Emirate had no choice but to cope with this development and to include it in its services. This was done with due diligence and constant follow-up to concentrate businessmen in the Emirate in order to contribute to boosting the economic and social development in it until it became a remarkable gigantic monument for contributing to and supporting the national economy.

Besides, the Chamber has established a solid foundation for enabling the business sector to assume its duties in implementing the plans and programs of the comprehensive economic development, and preparing the rich and appropriate environment for the private sector to contribute effectively and efficiently to the process of commercial and economic development.

Over the past years, the Chamber has witnessed major developments, thanks to the comprehensive care extended to the economic movement by H.H. Sheikh Khalifa Bin Zayed Bin Sultan Al Nahyan, President of the UAE, and thanks to the directives of H.H. Sheikh Saud Bin Saqr Al Qasimi, Ruler of Ras Al-Khaimah, and the follow-up by H.H. Sheikh Mohammed Bin Saud Al Qasimi, the Crown Prince of the Emirate, which was reflected on the upgraded work procedures in the Chamber's departments and on the services provided to the Chamber's members.

On the other hand, the Chamber was keen to establish Ras Al-Khaimah Exhibitions Center in 1997 with the purpose of supporting trade and industry and revitalizing all sectors through holding various exhibitions which contributed to the economic development.

This in turn contributed to increasing the economic development ratios and enhancing the Emirate's economic status. Also, the Chamber was keen to open a new hall for exhibitions in 2010 to respond to the requirements of economic development in the Emirate. The Chamber boosted its role in the development of small and medium-sized enterprises by the establishment of Saud Bin Saqr Program for Supporting Youth Projects in 2007. Also, the Chamber established Ras Al-Khaimah Commercial Reconciliation & Arbitration Center in 2008 for settling commercial disputes.

It is worth mentioning that the Chamber is considered a public utility enjoying its corporate entity and its administrative and financial independence within the framework of the law, articles of association and internal bylaw of the Chamber, and according to the resolution issued in this connection, and pursuant to the other laws and regulations valid in the Emirate of Ras Al-Khaimah.

The Chamber's affairs are assumed by its fifteen-member Board of Directors under the chairmanship of H.E. Yousef Obaid Al-Nuaimi.